July 12, 2014: First trials conducted by Dan DeGagne and Ashley Webster at the VHS. We adapted the technique used in this video.

We began by cutting a groove into the bolt at the desired location. The bolt was inserted into the chuck and turned against a cutter held in the vice. The top bolt is the original from the Tantillus which needs to be replaced. The groove position was measured from the bottom of the bolt head. The bolts were not perfectly straight so the grooves are slightly eccentric, less so on the shorter bolts. 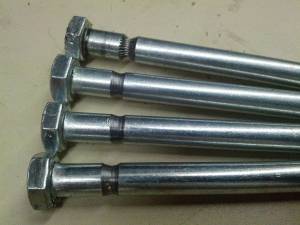 Next, we placed the bolt into the hobbing jig held in the mill's vice, and turned a 1/4“ tap against it to cut the teeth. We produced three (hopefully) usable bolts, one for an Ultimaker and two for the Tantillus. 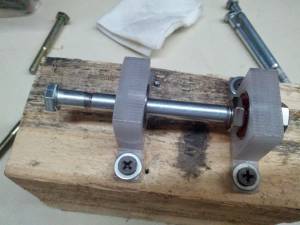 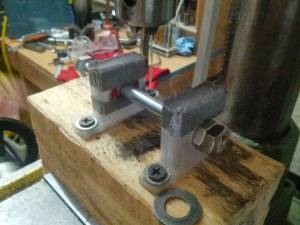 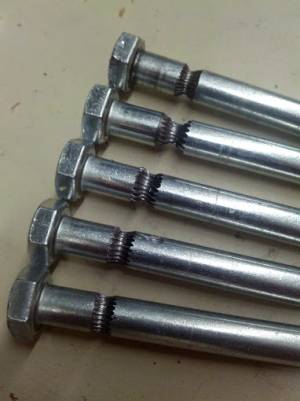